Kids can handle bad news … if their parents can 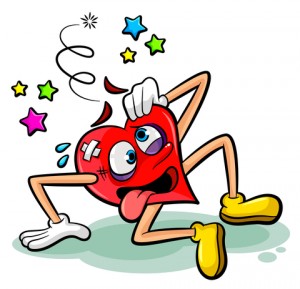 Children learn to respond to the world around them largely from their parents.

If they consistently see Dad scream at drivers who cut him off in traffic, they too will yell at children who butt in front of them on the playground. Road rage eventually becomes recess rage.

A boy who lightly scrapes his knee while playing outside on a brisk spring day will probably not cry if his mother is not around. He’ll continue playing as though nothing happened, and won’t mention it until bedtime when he drills 10 more minutes of wake-up time out of the sympathy well every mother carries.

But if that same boy scrapes his knee in front of his mother and she runs to him gasping loudly with every breath of her maternal instinct, he will cry a barrel of tears big enough to quench the thirst of every creature in the Sahara Desert.

The difference, of course, is the reaction of the mother to his scraped knee. The same can apply to how child accept bad news.

Not long ago, my brother Sean went to the emergency room because his heart was racing for no reason. He drove himself there, even though his heart was in atrial fibrillation and beating up to 180 times per minute.

I was home with my 8-year-old daughter, Celeste, and my sister-in-law could reach only me, so I spent the next hour calling my parents and other siblings. Celeste, aware that something was going on because I don’t usually call everyone in our family right after the other, asked me what was wrong.

I told her that Uncle Sean was in the hospital, to which her eyes widened. She has never been admitted to the hospital, but she knows people go there when they are too sick to stay home and need a doctor’s constant care.

I searched for a way to explain what was going on. “You know how your heart beats really fast when you exercise?”

She nodded. “Well, that’s what Uncle Sean’s heart is doing, only he’s not exercising.”

“It’s not supposed to do that,” I continued, “so the doctors are going to fix it.”

“OK,” she replied, and went about her business, fully accepting that it was no big deal even though none of us knew at the time how serious it was. (Did I mention he is my younger brother?)

Celeste and I went about our day, and I kept in contact with family members as much as I could. By the end of the day, we learned his heart was in atrial fibrillation and he would have to stay the night in the hospital, so I wanted to drive down after dinner. (Did I mention he is only 20 months younger than me?)

It’s unusual for me to leave the house after dinner without Karen and the kids, so Gavin, my 5-year-old son, did not want me to go anywhere, especially without them. I told him I wanted to see Uncle Sean in the hospital, and Gavin’s eyes widened at the word “hospital.” (Did I mention that my mother had a similar episode last fall?)

Gavin fears hospitals, probably because he equates them with doctors and shots, which no kid enjoys. I debated how much to tell him what was going on, knowing that I may have to explain it differently to him given that he is younger than Celeste, but she beat me to it.

“It’s OK, Gavin,” she explained. “You know how your heart beats fast and you breathe harder when you run around playing?”

“That’s what’s happening to Uncle Sean, only he’s not running around on the playground.” (Did I mention that atrial fibrillation can be hereditary?)

I was proud of her ability to explain to Gavin what was going on in words he could understand, and in a way that eased any anxiety he might have felt. But then she fell off the edge: “So he’s in the hospital for an operation or something like that. I don’t know,” and they continued playing.

I chuckled and explained that he wouldn’t need an operation, that doctors were seeing how he responded to medicine. (Of course, one of the first questions Karen asked me, after learning that Sean would be OK, was when I was going to see a cardiologist.)

On the drive down to the hospital I kept smiling at Celeste’s ability to accept the news of what was happening, realize that while serious everything would be OK, and then explain it to her younger brother better than I could have.

Did I mention I haven’t made any effort to see a cardiologist? Shoot, Karen’s going to read this, isn’t she? Maybe I should ask Celeste for help in explaining my way out of this one.

This is a repost of a column that ran in The Gazette on Aug. 5, 2010. I did see a cardiologist the following winter, and he found nothing wrong with my heart.

This entry was posted in Blog and tagged Celeste, Gavin, Gazette. Bookmark the permalink.