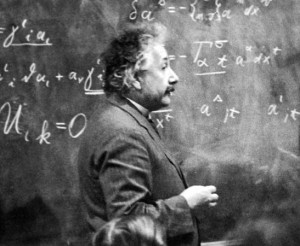 My recent bout with unemployment has caused me to think about a developing a more secure backup plan should my career choice not pan out as I hope.

But figuring out what to do is turning into quite a challenge.

I’m at my best when I write, but if I can’t make a living doing that, I’m stuck at what else to do.

I wanted to be a rock star when I was 15 (what boy didn’t?), and even tried my hand at playing guitar, but it didn’t stick and I gave up after a year or two. Part of me would like to pick it up again, but the demand is low for a 43-year-old rock god. Besides, I’m closer to a down-and-wenter than an up-and-comer.

I like woodworking, and have even made a bookshelf or two in my time, but I doubt anyone would pay for what I’ve built because it all has a peculiar wobble to it. I think my floors aren’t level.

I could paint houses if I didn’t feel dizzy standing on a ladder 15 feet off the ground. I’m fairly certain people want their entire foyer painted, not just the bottom part of the wall.

That pretty much leaves fatherhood, which I think I’m pretty good at. My kids tell me so, anyway. I’m not sure how good I would be at daddying other people’s children.  Perhaps I could just advise them, or sit around and think up ways for guys to be a better daddy.

Yeah, like a theoretical astrophysicist thinks up theories about the way the universe works, I could think up ways for men to be better dads.

Call me a theoretical dad.

Someone has to be first. Why not me?

I even have a head start given that I thought of my first theory the other day when I took my 10-year-old daughter Celeste on a four-mile round-trip bike ride to the ice cream store.

I call it the General Theory of Distance Relative to Ice Cream. Hey, everyone laughed at Einstein’s first theory, right? OK, I don’t know if they did or not, but let’s just say they did, if only to make me feel better.

For those graphically minded, the ride to the store would look like this:

And the ride home from the store would look like this: 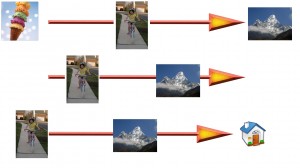 The gist of my theory is that a 10-year-old will race to the ice cream store with the gusto of a racecar driver because she is anticipating ice cream. But once she has eaten the ice cream, she will ride her bike home at half speed, walk up the slightest hill, and in general be half as enthusiastic on the way home as she was on the first half of the ride.

In other words, the ride home is twice as long as the ride to the store because she already ate her ice cream. With no prize waiting at home, what’s the rush?

I know it sounds obvious, but that didn’t stop Einstein from his work. Who doesn’t know that time slows as you near light speed?

But I know what you’re thinking. What good does my theory do? How will it benefit me?

But I also know the world isn’t fair, so here goes. To put my theory into practical use, all you have to do is be aware that the bike ride home will take longer. If you’re aware, then you’ll be prepared and you can react calmly to a child dragging her feet.

Now, I know what else you’re thinking: How could I ever make money thinking up such theories?

Believe me, I will feel the sting everytime I lose out on $2 from everyone not happy with my theories. After all, that’s $2 less for ice cream.