Posted on September 6, 2012 by Jeff Allanach

Who knew I had so much in common with James Hetfield?

You know the guy, the Metallica frontman? He sings with gusto, from the bottom of his gut, in a way that attracts fans to sell-out shows wherever his band plays. 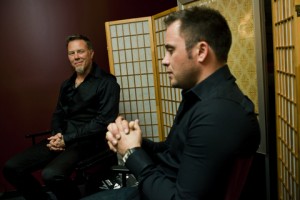 Me? I sing like a drunken chipmunk who’s having his wisdom teeth pulled without anesthesia and couldn’t attract a single dung beetle.

James’s guitar playing has inspired countless teens in the last three decades to pick up a six-string and try their hand at making it big.

Me? I have a guitar in the basement that has picked up countless dust bunnies over the years.

Of course, I’m not in a band that has one of the best-selling albums of all time. Nor have I toured the world or nearly burned off my hand in a moment of on-stage confusion.

And he probably has more loose change in the cushions of his couch than I have dollars in the bank.

OK, so I don’t have that much in common with James Hetfield, but we do share something that shaped each of our lives like little else. We both grew up fatherless.

His father left when he was 13 and mine when I was 7. For the both of us, the absence of the man who fathered us became the defining moment of our childhoods and by extension our entire lives.

James figured out how to use the rejection, abandonment and pain as inspiration for his groundbreaking music that millions around the world love and that brought him riches many people only dream about. I still struggle with my fatherless childhood periodically, but have figured out how to lead a normal life while using the rejection as inspiration for being an involved father in the lives of my two children. 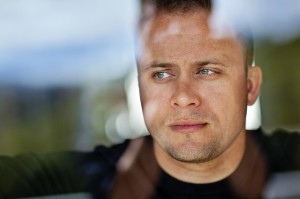 James tells his story in “Absent,” a thoughtful 2011 documentary by filmmaker Justin Hunt that explores the fatherlessness plague infecting our nation through the stories of everyday people, authors, experts, prostitutes, a famous boxer, and of course, Hetfield.

I could relate to all their stories on some level, but connected the strongest to James’s, in no small part because I’ve listened to his music for nearly 30 years.

“Abesent” explores the effects of fatherlessness, including an increased likelihood of crime, suicide, prostitution and more. The statistics are sobering, “Absent” explains based on information from the U.S. Census Bureau. Children who grow up in fatherless homes are:

If the look at adoration in your children’s eyes isn’t enough to want to be an involved father, those statistics certainly should be.

But I found the most memorable line from “Absent” in the movie’s opening line: “Think about this. Your father is the first person in the outside world who either chooses you or doesn’t, and it’s the answer to that question that will inevitably shape your and everyone around you for the rest of your life and theirs.”

I felt so moved after watching “Absent” that I delved deeper into its website, and emailed Justin to ask him what it would take to screen the movie where I live so I could do my part to share the story of fatherlessness in my community. Justin responded and told me of the logistics involved.

I’ve never organized anything like this, and I haven’t figured out how to make it happen, but I’m working on it. The story of fatherlessness has to be told, and it has to have an ending.

This entry was posted in Blog and tagged Absent, Fatherlessness. Bookmark the permalink.