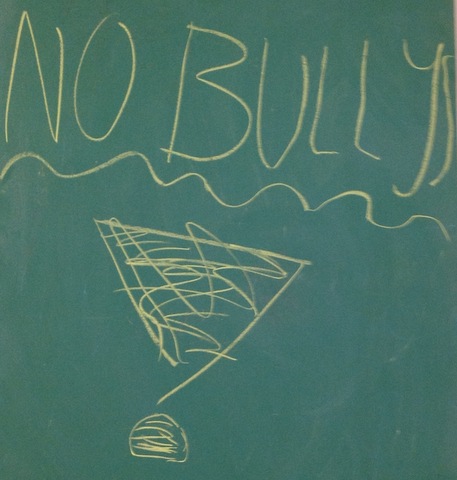 No one likes dealing with bullies.

News stories about bullies always catch my attention, especially when they feature a triumphant underdog.

I found one such story in The Washington Post last month about a high school girl in Massachusetts who was bullied because she wore pigtails in her hair.

But instead of giving into the bully and taking out her pigtails, she took to Facebook and within hours felt a groundswell of support erupt around her.

The next day at school, she found herself surrounded by people in pigtails and the bully absent, reminding me just a little bit of George McFly clobbering Biff outside the school dance.

I don’t know why I pay such attention to stories about bullies. I never had to deal with them as a child, and haven’t had any real experience in dealing with them as a parent given the age of my children.

Celeste is in her final year of elementary school, and bullies don’t seem to emerge until middle school, that awkward world where hormones awaken, a friend’s influence starts to matter more than a parent’s, and bullies emerge like scum on a polluted pond.

At least, that’s what I’ve always believed. But I realized the other day that she and her friends are already aware of bullies and the trouble they cause in whatever world they infect.

Celeste was having a sleepover with a few of her friends, and they watched “An American Girl: Chrissa Stands Strong,” a movie about a 10-year-old girl who starts attending a new school and has to deal with bullies.

I sat in the other room and listened quietly as they talked openly about bullies, and how everyone at their school should watch the movie. Their openness and honesty captured my attention. I had a million questions, but didn’t want them to know I could hear them, so I didn’t say a word.

I asked Celeste the next day after her friends left, and she brushed me off like it was no big deal, so I can’t be certain what role bullies play in her life.

But all this leads me to one question: Do parents of bullies know their children are bullies, and they simply don’t care? Or are they living blissfully in the dark believing their children are angels and the rest of the world is the problem?

What has your experience been?

This entry was posted in Blog and tagged Bullies. Bookmark the permalink.