How do you talk with your children about kids and alcohol?

I’ve always known the day would come when I’d have one of those awkward talks with my children. You know the ones. Whether it’s kids and alcohol, drugs, alcohol or sex, these conversations never come easy. 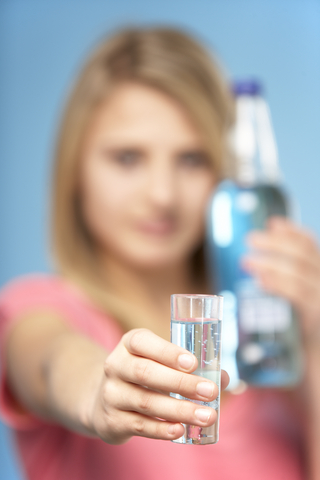 But I didn’t expect to have it at such a young age. I just wanted to pick up pizza for dinner, and the restaurant just happens to be next door to a liquor store.

“What’s that?” my 7-year-old son Gavin asked as we passed the store front.

I answered quickly without any thought to his question. “A liquor store.”

“Alcohol,” I answered, again without thought. “It’s a store where you can buy beer, wine and other kinds of alcohol.”

“Oh,” Gavin said simply. I thought our conversation was over.

We picked up the pizza, and passed the liquor store again on our way back to the car.

“No, where did you get that idea?”

“The liquor store. It has Coke in the window, so that means it’s alcohol, right Daddy?”

Kids’ minds can be so literal, I thought. “No, Coke is not alcohol, but some people mix Coke with rum, which is liquor.”

Again, I thought our conversation was over, but once I backed out of the parking space, I was wrong.

“Do you drink alcohol?” Gavin asked.

“Sometimes, but not that much.”

“If you drink too much alcohol, you’ll get drunk.”

“It’s when you drink too much alcohol and you lose control of yourself. You feel funny, and lose your sense of right and wrong,” I said. “You lose your balance, your ability to walk straight, your sense of judgment, and you do things you probably wouldn’t do without alcohol. Drink too much, and you’ll get sick and throw up. You might even have to go to the hospital.”

“You throw up?” Gavin asked. “I hate throwing up.”

“Did you ever drink too much alcohol?”

And there it was. One of the questions I knew my children would ask me one day, and one I wasn’t sure how to answer. If I told him yes, he might think it’s OK to drink, and he needs to know that alcohol and kids don’t mix. If I told him no, I would be lying to my son. So I evaded his question better than a presidential candidate debating his opponent.

“I don’t like drinking too much, guy,” I said honestly. I held my breath for the follow-up question, but it never came.

I don’t know why I hesitated to answer his question. I’ve told both my kids that I used to smoke cigarettes, but somehow alcohol seems different. A pack of cigarettes won’t kill anyone, but a few bottles of beer can, especially if they are in the stomach of a teenager behind the wheel.

Of course, the Internet is full of websites offering information about how parents can talk with their children about kids and alcohol, including the National Institute on Alcohol Abuse and Alcoholism, KidsHealth, PBS, and more.

The problem isn’t finding information. The problem is hearing the firsthand experiences of parents. So let me ask you: Should parents be entirely honest with their children about their own experiences drinking alcohol? Are you? Does the age of the child make a difference?

This entry was posted in Blog and tagged Alcohol, Gavin. Bookmark the permalink.