Puberty survey is easy work for this dad (yeah, right)

I usually ignore emails asking me to take a survey, but I received one earlier this month that piqued my interest. 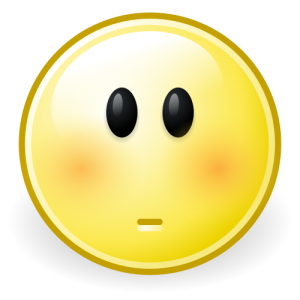 It came from Dr. Mindy Erchull, an associate professor at the University of Mary Washington in Fredericksburg, Va. She found my blog, and wanted my opinion as a father on a topic we all have to deal with at some point.

“I am researching how fathers talk to/plan to talk to their children about puberty,” she wrote.

She invited me to take an anonymous online survey, post a link to it on my blog and social media channels, and encourage other dads to take the survey and spread the word.

No problem, I thought. Given the age of my children, 11 and 7, this is a topic that Karen and I will have to deal with for the next several years. I’m about as ready (and ill prepared) as any father, I suppose, so why not answer some questions in the interest of research?

I clicked on the link, and my eyes widened at the first statement I had to agree or disagree with on scale of 1-5: It is important that women talk about their menstrual period with men.

Wait, what? I thought. Why would it be important for a woman to talk about her period with a man?

I ran my eyes over the other 40-or-so statements on the survey, and each one was about menstruation. I can think of few topics a father would want to talk about less with his daughter than her period.

Is this for real? Is someone punking me? Where’s the camera? I know there’s a camera hidden somewhere around here.

I exited the survey and decided to verify it by looking up Dr. Erchull’s phone number independently and calling her. She called back a few hours later, and we had a nice conversation about her work, so I decided to help regardless of my discomfort on the topic.

I don’t know if I answered these questions right, but I know one thing: I have thought very little about menstruation in my life, and even that was probably too much. I have a funny feeling that most fathers probably feel the same way.

But the survey wasn’t only about periods, so don’t let that scare you away from filling it out. Once you move beyond the questions about menstruation, you’ll have the chance to answer some great questions about the role mothers and fathers play in the lives of their children.

I’m sure many engaged fathers would have a strong opinion about these statements.

Of course, you have to make it through the questions about menstruation first, so it’s kind of like running over hot sand on the beach to make it to the surf.

Am I any better prepared to talk with my children about puberty, and my daughter about menstruation, after taking the survey?

You can take the survey here, and feel free to pass on the link: https://www.surveymonkey.com/s/3MKM7JV.

This entry was posted in Blog and tagged Puberty. Bookmark the permalink.

2 Responses to Puberty survey is easy work for this dad (yeah, right)