Teaching is daddy job No. 1

I have lots of jobs as a father, but three consistently rise to the top of the list: provider, protector, and teacher. 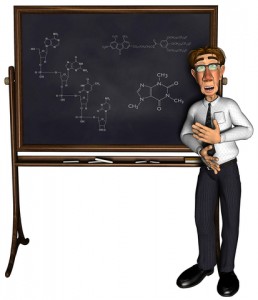 Providing for my two children is fairly easy as long as I have a decent-paying job, which I know isn’t a given these days.

Truth be told, it’s been a constant worry of mine since the onslaught of the recession four years ago, but I consider myself lucky. In January I walked away from a longtime job at a newspaper as a result of the recession, and found a good job fairly quickly.

Protecting my children is also fairly easy in today’s world of bike helmets, knee pads and seat belts. We live in a decent neighborhood, so I don’t worry about them playing outside on their own as long as I know roughly where they are.

But I know I can’t protect my children against some dangers. I see no way in which I, or anyone for that matter, can offer any protection against someone intent on harming others in some horrific fashion.

The most I can do is teach them common sense, to be aware of their surroundings, make good decisions so they don’t put themselves in harm’s way, and trust their instincts.

But teaching my children is the most difficult job I have as a father, especially since the lessons are tougher as the years roll on. I no longer have to teach them to not stick foreign objects up their nose.

The lessons are much more nuanced. I have to teach them why; not just what.

I want them to become honorable and respectable adults, but sometimes find myself caught in the contradictions of adulthood.

I want them to be ferocious readers, but often find myself falling asleep on the couch before I turn the third page of whatever book I crack open.

I want them to be active, but often find myself with barely enough energy in the evening to walk around the house, let alone go out for a walk or ride a bike.

And I want them to be honest, but tell them an obese, bearded man wearing a red suit brings them toys on Dec. 25, and that some magical fairy leaves a dollar under their pillow every time they lose a tooth.

Yes, the contradictions of adulthood do not make my job easy.

I want Gavin to grow into the kind of man people look up to, someone they can turn to in times of need. I want Celeste to grow into a strong, confident woman who doesn’t let anyone push her around. And preferably, they’ll both have a little of each in them.

So all I have to do is teach Gavin to be an upstanding guy while teaching Celeste to stand up to a guy.

Yeah. Can we go back and review the lesson that foreign objects don’t belong in your nose?

This entry was posted in Blog and tagged Teaching. Bookmark the permalink.