Longtime readers know I grew up fatherless, the third of four children to a single mother. 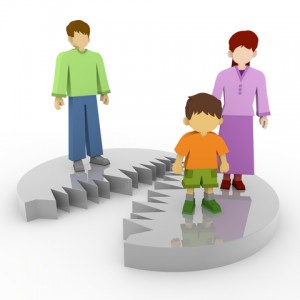 What can single mothers do to raise well-adjusted children? I have a few ideas based on my own fatherless childhood. (Image: © Tarokichi | Dreamstime.com)

I can’t overstate the effect of fatherhood abandonment, but statistics tell part of the story. Children who grow up in fatherless homes are more likely to live in poverty, commit crime, do drugs, abuse alcohol, and become victims of abuse themselves.

Luckily, I did not become one of those statistics, which I can only attribute to the grace of God and the strength He gave a mother who wouldn’t allow it. I turned out OK, and refuse to keep the fatherless cycle going by being an engaged father. Given that we usually become products of our environment, I somehow beat the odds.

A reader recently asked me how, and what my mother did or didn’t to raise four children who remain happily married and engaged parents. I’m not sure can produce a complete and authoritative list, but a few things popped into my head without thinking too hard.

So here it goes. My non-definitive list of advice, in no particular order, for single mothers based solely on my own experience growing up fatherless.

Don’t talk poorly about your ex

Oh, I’m sure the temptation is strong to talk poorly about your ex in front of your children, especially if he left you for another woman.

If fact, no one would blame you. It’s perfectly human, a normal response to a tragic loss.

If you talk poorly about your ex in front of your children, they will feel the strong urge to side with you because you take care of them. You’re forcing them to choose sides in a battle in which they are the only losers.

Children shouldn’t have to choose between their mother or father, and talking poorly about your ex in front of them puts them in such a position. Thankfully, my mother never said a cross word about our father in front of us, though I’m sure the temptation was strong.

Leave the negative statements about your ex for your girlfriends. They will understand much better than your children.

Pages: 1 2 3 4
This entry was posted in Blog and tagged Fatherlessness, Single Parents. Bookmark the permalink.