What can I add to the discussion of the massacre at Sandy Hook Elementary School? 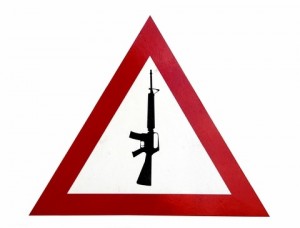 I’m merely a father of two elementary school-aged children who lives in suburban Maryland and has no knowledge of the shooting beyond what I’ve read, heard or watched in the media.

Unfortunately, that’s more than I care to know.

Like any normal father across America, I weep for the lives lost in Connecticut and wonder what I can do to protect my children against such evil. I ask if I should explain these events to my children, and if so, how?

I question what we Americans have done wrong to find ourselves awash in so many mass shootings, look for someone to blame, and wonder how we can prevent such tragedies in the future.

I bristle at how fast the conversation turned to gun control, and I cringe at the number of social media posts that boil down complicated problems to a simple solution using a patriotic image emblazoned with words attributed to a movie star, academic, politician or Founding Father.

Then I let my emotions subside, and begin to think of the problem critically while considering all the symptoms of this illness plaguing America: guns, mental health, violent video games, intense media coverage, and broken homes.

Each of these symptoms deserves an individual and thorough discussion on the role each played, and then those discussions must be brought together to see how they effect each other in the grand scope of this illness.

But I’m sure that will not happen, as sure as I am that politicians will focus on guns first. The far left will cry out for more and stricter gun laws while the far right will say they don’t work because criminals don’t obey the laws in place.

The problem, however, is that when extremes lead the discussion, politics drown out any true debate and common sense loses to those who scream the loudest. The conversation will probably go nowhere out of fear that the slightest brush near the Second Amendment will infringe upon rights many Americans hold dear.

I understand these rights, and respect your right to own a gun as much I want you to respect my right to free speech. I believe guns in the hands of moral and law-abiding citizens present a danger to no one, but I also believe that freedoms are not absolute.

Take the First Amendment. Little is as important to our way of life than the freedom to speak our minds, worship as we wish, peaceably assemble, or petition the government. Still, I do not have the right to say whatever I want whenever I feel like it.

I cannot yell “fire” in a crowded theater if nothing is in flames. I cannot stand before a crowd of people and incite a riot with my words. I cannot call a school with a bomb threat. And I cannot repeatedly call someone who does not want to hear from me.

Each of those actions involve me speaking, but each one is illegal. None infringe on my right to speak my mind, and none have hurt the way of life many Americans hold dear. How could similar exceptions to the Second Amendment be so wrong and hurtful to our way of life?

Smarter minds than me would have to decide what those exceptions are, but we should not fear the conversation. Our children deserve nothing less.

This entry was posted in Blog and tagged Guns. Bookmark the permalink.