A musical battle breaks out on the car radio

The radio wars have begun.

I thought I could ward them off until Celeste was at least 12, but I did not take into account the power of Radio Disney and the ally it would have in satellite radio. 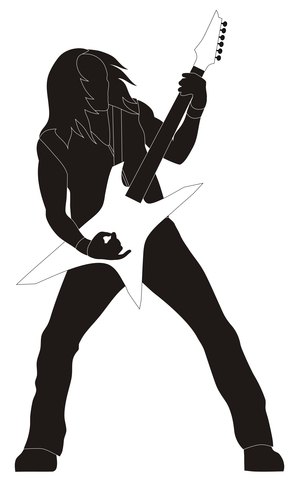 They’ve combined forces with a cute 9-year-old girl to advance the musical battle on me by three years, and I’m losing. I never thought I would like satellite radio given that I have an iPod that can hold my entire CD collection of ’80s hair bands with plenty of room for an impressive mix of The Wiggles, Milkshake, Taylor Swift, The Cheetah Girls, Hannah Montana and more.

I can play it all through my car stereo, so why would I ever pay for radio?

Then we bought a car that came with three free months of satellite radio, and I was hooked by the time the trial period ended. I’ve come to love it, especially Hair Nation because I often hear songs that take me down memory lanes long forgotten.

The worst ’80s fad I can claim is double piercing my left ear and the makings of a long-gone mullet, though we didn’t call it that back then. It was just a cool hair cut. (OK, it wasn’t cool, but we thought it was.)

Celeste and Gavin sometimes humor me when I drive them around, and will put up with “Daddy’s old music” if nothing they like is playing, though some of it has grown on them.

One day a year or so ago, Gavin and I were picking up Celeste from school, and he ran down the hallway singing Bon Jovi. (Nothing will put a smile on a passerby’s face faster than a 4-year-old boy singing, “Woah, we’re halfway there, woah-oh, da-da-da-da prayer!”)

My kids don’t always humor me, though, especially Celeste. We had just climbed into the car the other day, and a few moments after I turned the ignition, a classic tune came bursting through the speakers, “Electric Gypsy” by L.A. Guns, an ’80s band always on the cusp of breaking through but never able to find an large audience.

I can’t remember the last time I heard that song, but hearing it again was one of those magical radio moments. We’ve all had them. It’s the moment you hear a song that you haven’t heard in a long time, so long in fact that you forgot it ever existed. But once you hear it again, you quickly find yourself reliving the days when you first heard it.

“Oh, come on! You’d rather hear a commercial than Daddy’s old music?” I asked as I pushed the button for Hair Nation.

“Yes,” she said, and switched it back to Radio Disney.

“Oh, come on, babe. That’s rock and roll,” I pleaded, but I knew I lost the battle. By the time she switched it back, “Mine” by Taylor Swift was playing.

My 20-year-old self wept. My 42-year-old self gave in and enjoyed the sound of Celeste singing along with her favorite singer who wasn’t even born when “Electric Gypsy” hit the airwaves.

Besides, no trip down memory lane is worth the price of today’s precious moments.

This is a repost of a column that ran in The Gazette on Dec. 30, 2010. The radio wars are still raging strong, though these days One Direction is Celeste’s choice of ammunition.

This entry was posted in Blog and tagged Celeste, Gazette, Music. Bookmark the permalink.