I learned on Friday that an old friend is about to die.

She’s been sick for a long time, so her death comes as no surprise, but that doesn’t lift the veil of sadness when I think of her imminent death. 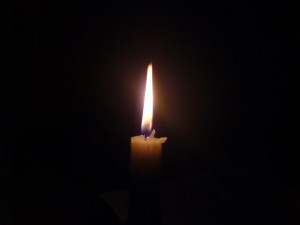 How could it? I’ve known her for more than half my life, and gave her almost as much as she gave me.

She introduced me to some wonderful people, including the woman I married, and exposed me to several others whose names and faces make my skin crawl.

Our relationship was a roller coaster, with peaks so high I thought I would never come down and valleys so low I felt ill. She made me laugh more times than I can count, but also made me lose more sleep than both my children did when they were babies.

She allowed me to make some of my worst mistakes, and forced me to improve in ways I hadn’t thought needed improvement.

I wouldn’t be who I am if she hadn’t entered my life. I like to think I had the same effect on her, but she’s never expressed her feelings well. She’s had her moments, but each one came with a caveat and an equally mixed message I often had trouble deciphering. With her, yesterday never seemed to matter as much as tomorrow, and tomorrow never arrived.

As I visited her on her deathbed this week, I thought of the early days of our relationship when everything was new and intoxicating. Every week brought a different adventure, and each adventure created memories I both cherish and dread even as they fade and I grey.

Through her I could persuade people to stand and cheer or shake their head in disbelief.

Through her people gave me more credit than I deserved and more blame than I should have shouldered.

And through her people looked at me with envy, but also questioned my humanity.

I don’t know why I feel this sense of loss. I left our relationship several years ago when she asked me, and several other of her old friends, to leave her alone. The world had changed, and she wanted to change with it. What better way to do that than shed your past?

She had been ill for several years by that time, and kept fighting off new symptoms as they arose. She would remove a limb when it atrophied or try a new therapy to see if it could restore blood flow, but nothing worked.

Some people might blame her for her own death, as though she were a smoker dying of lung cancer, a victim of her own naiveté. But that unfairly simplifies her illness, and she cherishes nothing if not fairness.

The world changed too much since her glory days, and she couldn’t change with it. She’s an iron horse in a world built for cars, a 500-page biography on a shelf with room for only 140 characters.

Who is she? She’s The Gazette, and she’s publishing her final editions next week. Farewell, ol’ friend. We had some good times together.