Naps are few and far between these days

In fact, we have a long-running, er, I was about to say joke, but it’s more of an understanding in our household about Saturday afternoons, and the occasional habit I have of lying down on the couch to “read” a book or magazine. 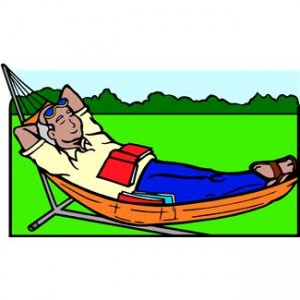 I place read in quotes because Karen and the kids know that if I have time to lie down on the couch with a book on a Saturday afternoon, no one is reading anything. I’ll fall asleep before I turn the first page.

But since my children have outgrown their naps, I rarely have the chance to catch that quick snooze.

Celeste’s infant days were golden. She would sleep for three hours every day, whether she closed her eyes at noon, 1 or 2 p.m. The rainy days were the best because I didn’t have to feel bad about missing a nice day outside.

Sure, I could have spent the afternoon doing chores around the house, but let’s be real. If you have the choice between doing chores and taking a nap, well, that’s not really a choice at all, is it? It’s like choosing between a piece of chocolate and a sprig of broccoli. Even the president of the VeggieTales fan club would choose chocolate.

Of course, it wasn’t every day. Celeste had her days when she wouldn’t nap, which gave rise to one of the nicknames we have given her over the years: No-nap Allanach.

When No-nap showed up, no one’s afternoon was safe. The days after a sleepless night were the worst because she didn’t give us the chance to catch up on our sleep. Some days I think I’m still running a deficit.

Gavin came along a few years after Celeste, and the beginning of the end to Saturday naps appeared. He would only nap for two hours in the afternoon, and had his share of sleepless days.

He quickly lifted the No-nap Allanach name from Celeste, and at 5 years old no longer naps, which makes for some tense evenings some days. We can tell when he’s had a full and tiring day in kindergarten. He’s punchy and won’t leave Celeste alone no matter how often (loud, actually) she tells him.

When we sit down at the table for dinner, we usually ask the kids about their day, and if they did anything exciting. Celeste’s days are always “fine” or “good,” answers that will serve her well once she starts taking multiple choice tests. (She might need some help with the essays, though.)

It’s harder to tell about Gavin’s day. He’ll usually go off on some incoherent tangent about how one of the kids played Spider-Man or how Iron Man served them lunch — a typical response from a 5-year-old boy who is obsessed with superheroes.

He often runs around after dinner, but when the time comes bed, he develops a sudden and acute leg condition. They stop working, and he complains loudly about how much they hurt. He can’t possibly walk upstairs on his own because his legs hurt “so, so bad.”

It seems to clear up quickly, though, if I tell him that he must be too tired for stories and he should go straight to bed. If the academy had a category for “Best Bedtime Drama Performance,” Gavin would have several Oscars and we’d fight to evade the paparazzi every time we go to the store.

I don’t know where he learned his flair for drama. Celeste is the queen of stall tactics — she always has to stop and pet our cat Obi whenever it’s time to go up for stories — but she isn’t dramatic about it. She just quietly tries to sneak a few more minutes of awake time when it’s time to go to bed.

I suppose I should be thankful they don’t take naps any longer because then they would not feel tired when bedtime rolls around. But it’s hard to feel that way on a Saturday …. on a Saturday nnmmkkkkkk ….. afternoon when …. xxxccccc ….. when my eyelids are heavy, my fingers are clumsy, v;I,dtyu. smkl …. and the only thought on my mind is … zzzzzzzzzzz….////////////////…………………

This is a repost of a column that appeared in The Gazette on Oct. 21, 2010. Both Celeste and Gavin have long outgrown their afternoon naps, but I still like to sneak one in occasionally.